The secret war of codes/ciphers

On 8 November 2011, the International Atomic Energy Agency (IAEA) released a 25 page report; the information therein revealed that Iran has undertaken activities that are relevant to the development of a nuclear arms programme[1]. Iran will not co-operate with the IAEA, and thus far the agency’s request for information on the current progress made on the nuclear programme has gone unanswered; the possibility exists, therefore, that Teheran has indeed, alongside its civil nuclear power programme, planned for the military use of the equipment at the nuclear power plant in Natanz to develop the bomb. In its report, the IAEA has pointed its finger at the proof; Iran has acquired information that is vital to the construction of the bomb as well as obtained the components necessary to its construction.

With its resolution of 18 November 2011[2], the IAEA has expressed its profound concern with regard to the Iranian nuclear programme insofar as the requests it has made have in no way been answered, including those requests for clarification necessary to exclude the possible existence of a military dimension to Teheran’s nuclear programme. The agency continues to urge the country to rapidly provide conclusive evidence, and has insistently asked Iran to collaborate, declaring itself to be available in offering its continued support for a diplomatic solution to the crisis. The co-operation, however, must be rapid and efficient in order to ward off a crisis of international proportions in the Middle East. All of this lies in the wake of events that are chilling to the bone: on 15 January 2007, Ardeshir Hosseinpour dies from gas poisoning; on 12 January 2010, nuclear physicist Masoud Ali Mohammadi was killed in Teheran by a car bomb with a remote detonator; on 29 November 2010, nuclear engineer Majid Shahriar was killed while he was going to work in Tehran by a bomb that was fixed to his car; the same day, 29 November 2010, again in Teheran, nuclear scientist Fereydoon Abbasi is wounded in a second attack; on 23 July 2011, scientist Daryoush Rezaei is killed near his home by a hit man on a motorcycle. The Teheran government has advanced serious accusations against Israel and the United States .

In the mean time, it seems that the nuclear programme has not slowed. Quite the contrary, the Teheran government has announced that it has procured the most modern laser technologies for uranium enrichment, which are far more efficient than the centrifuges. Even on this point, Iran will not co-operate with the IAEA. It will not reply nor will it provide the requested documentation much in the same way that it will not provide precise information on the nuclear plant that is being built in Darkhovin or on the third enrichment site in Qom.

The Iranian news agency, PressTv, broadcast on 13 November 2011 of the Chairman of the Iranian Parliament (Majles) Ali Larijani’s declaration is one instance that exemplifies just how complex the controversy with the IAEA truly is. In Larijani’s declaration, the parliamentary leader asserts that the IAEA report was hasty and its conclusions unfounded. Furthermore, the parliamentary leader affirms that the report is tailored to the desires of the USA and Israel to convince the UN to impose more rigourous sanctions against Iran. In the same release, PressTv pointed its finger at Israel’s 300 nuclear warheads, stating that the Israeli military’s recent test launch of a ballistic missile demonstrates that Israel’s long range Jericho-3 missiles are capable of carrying multiple warheads for upwards of 10,000 kilometres[3].

In what increasingly seems to be a war of international espionage, the most alarming news came on 24 June 2011 however, when Hezbollah leader, Sayyed Hassan Nasrallah, stated that three CIA spies were captured in Lebanon and that the entire network of informants had been completely dismantled, including those who were involved in activities of espionage on the Iranian nuclear programme. For quite some time, Hezbollah had been monitoring the communications between the CIA agents with the help of sophisticated software used to bore into the communication networks of the intelligence service (Comint). Once enough information had been gathered, Hezbollah was able  to ambush the CIA agents in a Beirut pizzeria. Until now, no one has ever seen cyber-warriors amongst the Hezbollah ranks boasting such sophisticated technologies. The question remains: from whence does this capability come? All but the US State Department have been taken by surprise by this evolution. In fact, this last had already classified Hezbollah as the most technologically capable terrorist group in the world, also thanks to the hundreds of millions of Iranian dollars in funding that the group has received. It is not a given, however, that the only Iranian aid has been economic in nature. Included in (our) hypotheses on the subject of the CIA’s failure in Lebanon, one ought to take into consideration the silent ongoing war that has put to use specialists in cryptanalysis to crack the coded intelligence communications as well as the sophisticated software which caught the CIA agents off guard in Lebanon. Iranian counter intelligence very well may be behind the actions of the Hezbollah cyber-warriors, a counter intelligence that has already been tried and tested in the cyber-defence of the Iranian nuclear programme, which came under fire with the encrypted attack of the stuxnet virus in 2009  — according to  the declarations of the director of the IAEA, Yukiya Amano, the stuxnet virus did not slow the progress of the Iranian nuclear programme nor did it damage the centrifuges used in the uranium enrichment process. In other words, stuxnet’s aim was off; stuxnet did not hit its target.

What worries the US intelligence agency are the new software systems that Hezbollah is using to intercept and decrypt enemy communications; this is particularly the case since Hezbollah to date has not once been able to successfully execute Tapping Operations in conflicts with the IDF (Israel Defence Forces) wherein the IDF has, until now, effectively held Extended Information Dominance on the battlefield. This supremacy in the field may be attributed in part to the impenetrability of Israeli Comint, a condition deriving, without a shadow of a doubt, from the strength of the cryptography used in intelligence communications. The  events in Beirut were an oversight that has cost the US intelligence agency much, particularly given the delicacy of the situation with regards to the current advancement of the Iranian nuclear programme and the condition for which the government of Teheran may very well be nearing the point in which it will be able to build the Bomb. 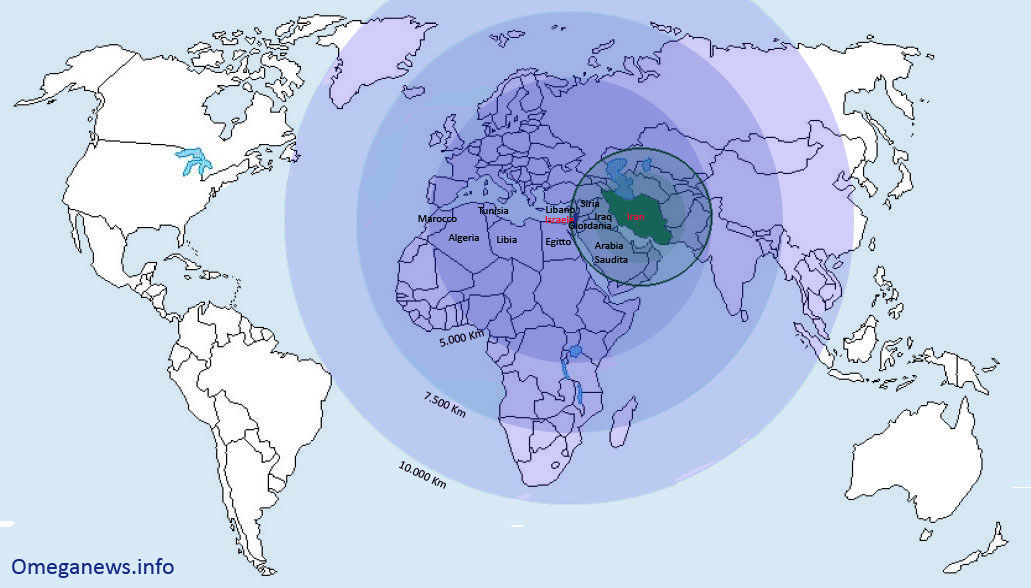 Lastly, we must remember the significant monition made by the US Segretary of Defense, Leon Panetta, this last 11 Novemeber 2011 regarding the possible consequences that could come from a conflict in the Middle-East as well as the repercussions that a conflict of this nature could have on the US forces in the region, not to mention what unexpected repercussions it could have in the Gulf area.

[1]IAEA, GOV/2011/65, 8.11.2011 “The information indicates that Iran has carried out the following activities that are relevant to the development of a nuclear explosive device.” P.8

[3] http://www.presstv.ir. 13.11.2011. “This is while Israel, which is widely believed to possess over 300 atomic warheads, recently test-fired a new long-range missile capable of carrying nuclear warheads. The three-stage Jericho-3 missile which is capable of delivering a 750-kilo warhead to a distance, is estimated to have a range of up to 10,000 kilometers.”

← Cryptography, the art of secrets
Stratfor online after the IT attack →

by Giuseppe Manzella, OceanHis SrL Introduction This note was stimulated by the article published in OMEGANEWS on July 30, 2022: Mediterranean today and tomorrow. The author, Lavinio Gualdesi, presented a series of problems related to the history of the Mediterranean,…